When the owners began developing Splinter Creek, one of their first calls was to renown San Antonio, Texas-based architecture firm Lake Flato. The couple had followed the firm’s work and liked their place-dependent modern vernacular style. 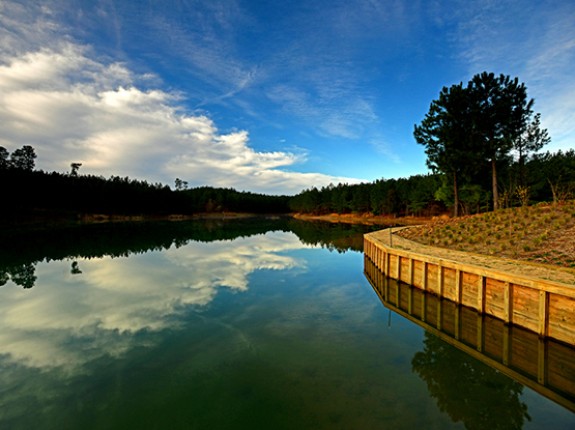 “We think holistically about the land. So it’s not just as simple as, ‘Let’s figure out how to design one house,’” Lake Flato founder Ted Flato says. “It’s ‘What should the land be? And where should a house go?’ That was the beginning of how we started to think more comprehensively about their place.” 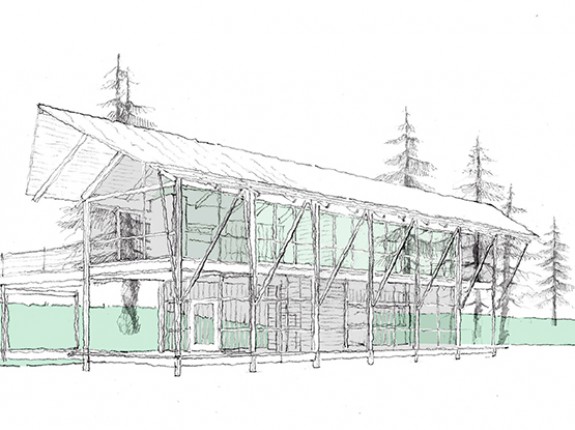 An original Lake Flato sketch of the Splinter Creek Boathouse.

That led Flato, along with Karla Greer, who works in the firm’s residential studio, to consider everything from the shape of the lakes to the entrance gate and the building materials. A great emphasis was placed on respecting Splinter Creek’s natural topography.

They let their architectural philosophy – to enhance the natural beauty of the land, and that land and buildings should not be thought of as separate – guide the process. 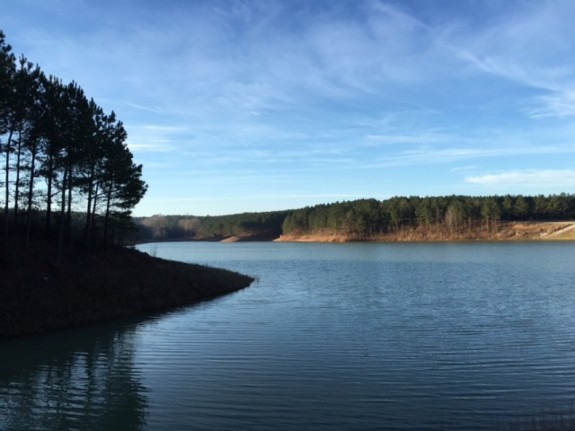 Lake Flato considered what shape the Splinter Creek lakes should be to preserve more trees.

Some of Lake Flato’s early suggestions resulted in changing the shape of Splinter Creek’s lakes to become more of a series of river-like waterways. That decision helped to preserve more land and gave the bodies of water a more rugged coast line, which had the added benefit of preserving more trees.

Their thinking helped shape the property into what it has become today: 650 acres of unspoiled natural common areas and a preserve of pristine lakes, forests, wetlands and trails. 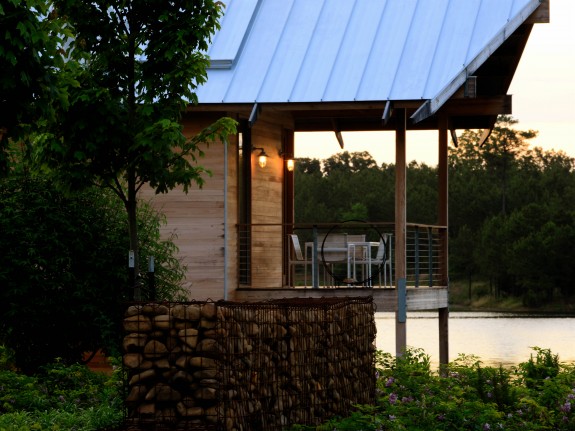 “The owners appreciated our approach of doing architecture that’s very connected to its place, that’s modern but yet very rooted in architecture that works with the weather and works with the place,” Flato says. “That formed a really great collaborative relationship. We were some of the first to engage with them on the land. I think they enjoyed our philosophy, and I think that was a good catalyst for the project.”