Behind the Lens with Splinter Creek's Photographers

Photography is an important element in sharing the Splinter Creek story, and today we’re excited to introduce you to two of our main photographers, Stephen Kirkpatrick and Erin Austen Abbott. Both have an eye for beautiful moments and have spent many hours on the property – waiting to capture the right light, the active wildlife, the perfect architectural angle. They also happen to be family; Stephen is Erin’s father-in-law. 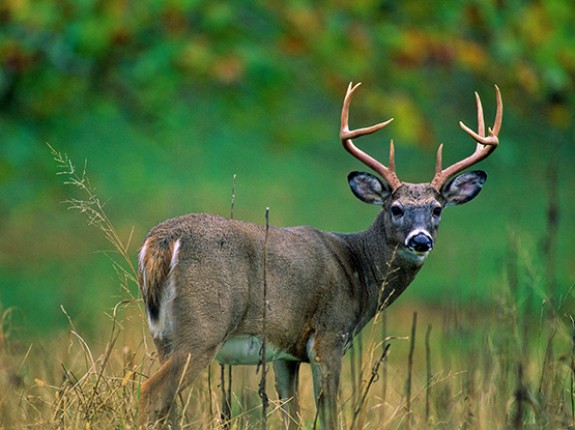 Stephen Kirkpatrick's focus is on wildlife and nature photography. He loves capturing the animals at Splinter Creek best.

The author of 11 pictorial books, Stephen’s focus is wildlife and nature photography. He is based in Jackson, Mississippi. Erin’s work often explores a sense of place, from the architecture of Splinter Creek to buildings found in the rural South. She is based in Water Valley, Mississippi. Below, the two discuss their differing artistic styles and approaches and what they love best about shooting at Splinter Creek. 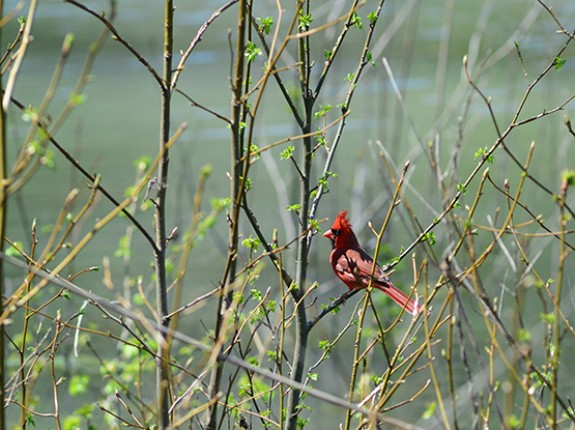 Stephen Kirkpatrick's photo of a cardinal perched at Splinter Creek. He wants his work to look as realistic as possible, and painting has always had a strong influence on his creative process.

How would you describe your photography styles?

Stephen: I lean toward clean, organized images, with a definite focal point. Composition is important to me. I like to lead the viewer’s eye into the story I’m trying to tell. I don’t particularly like impressionism in my photos, but I do use it from time to time to make a point — for example, soft focus and blurred imagery might be good for communicating a specific feeling or mood. I also like images that provide a little “lagniappe” or combine a couple of elements, like a hawk catching a snake or a landscape with dramatic light. I have always been influenced and inspired by the detailed realism of the “Hudson River School” of painting. This was a group of painters in the 1850s that became known as the “first American school of painting.”

That group included Thomas Cole, Frederic Church, Albert Bierstadt, and Thomas Moran. They were among the early American environmentalists and through their art, helped influence the creation of America’s National Park System. Painting has always had a strong influence on my creative process; I actually wanted to be a painter as a child, but I became frustrated when I couldn’t make my nature and wildlife paintings look realistic enough. 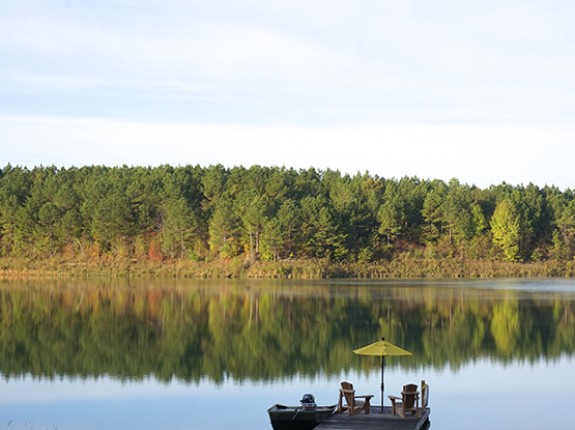 Erin Austen Abbott aims to have her photography tell a story or evoke a sense of place.

Erin: My photography style is more along the lines of “decisive moment,” as coined by Henri Cartier-Bresson. I love to capture an image in the moment, but I’m also drawn to the preservation that photography can capture. Maybe it’s an old building with worn down words painted on the side or a city scape that I fear will be changed. I love the work of Berenice Abbott and the ability she had to capture New York City like no one else. Or Eudora Welty, while known for her literary work, she was one of the most remarkable photographers of the rural South. I always hope my work tells a story, or evokes a sense of place. 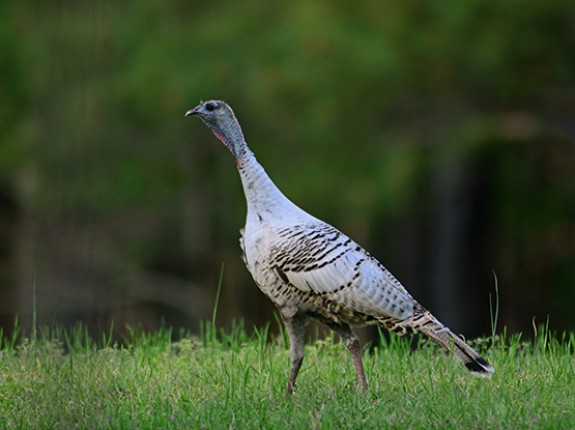 A rare white turkey at Splinter Creek that Stephen pursued for months before capturing in this photo.

What do you like about shooting at Splinter Creek?

Stephen: It’s a challenge. Learning the lay of the land is one thing, but to capture its essence is a totally different type of awareness and education. Splinter Creek offers a diversity of flora, fauna, and landscapes. Some of the animals are rare; for example, there was a white turkey there that I pursued for months before I captured a decent photo of it. Some small streams only flowed under certain weather and rain conditions. The lakes at Splinter Creek attract wildlife at different times of the day. The entire property could look different from one hour to the next or one season to the next. Coming to understand all of these nuances of Splinter Creek dictated my shooting locations and schedule and provided a never-ending challenge. 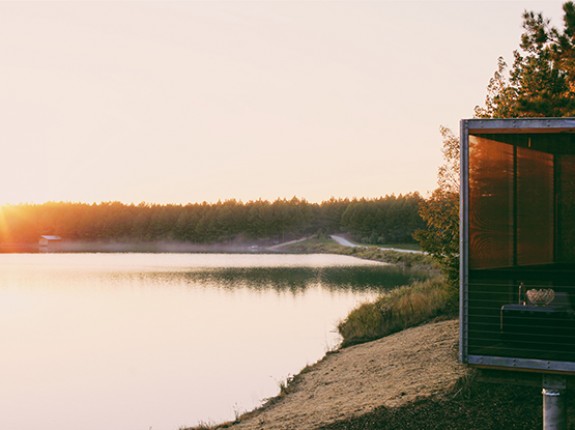 Erin is drawn to Splinter Creek's morning light and how light reflects off water of the property's three lakes.

Erin: I am so drawn to how the light reflects on the water, on the three different lakes, at different times of the day. Morning is my favorite time to shoot, catching the sun rise and the land comes alive. I also love to shoot the architecture at Splinter Creek. The way that each piece of property sits surrounded by nature, I love to capture the beauty of it all. 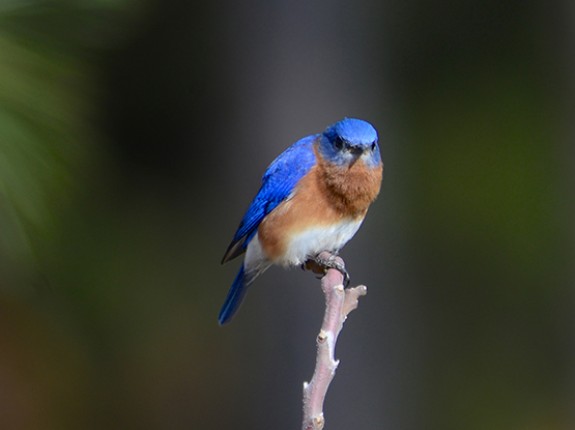 Stephen waits for just the right moment to photograph an Eastern bluebird at Splinter Creek.

What are you drawn to most on the property?

Stephen: Without a doubt, the wildlife. The pursuit of wildlife is what I do and what I love the most. It takes all of my experience and acquired skills to capture good images. 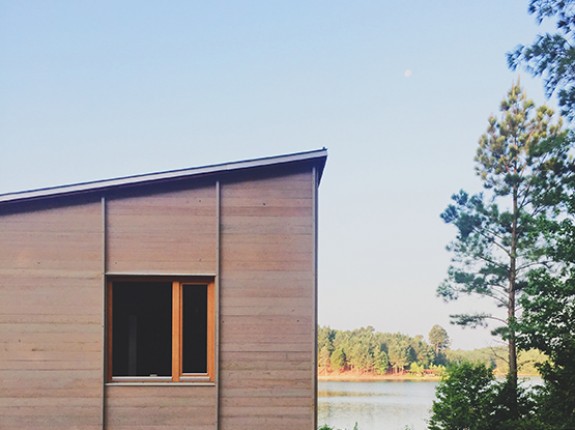 Erin is drawn to the way the Splinter Creek architecture interacts with nature.

Erin: I am most drawn to the architecture. It blends with the nature in a way that completely speaks to me.

What is your favorite time of day to shoot there?

Stephen: Light is best in the early mornings and late evenings. The warm colors and angled light of sunrise and sunset give photographs life and mood.

I personally like early morning the best because that time of day can include elements absent in the evening. Two of my favorite elements are dew and fog. They give me that “extra” detail in a photo for which I am always searching. Also, the animals are waking up and starting a new day and I find their morning behavior fascinating. 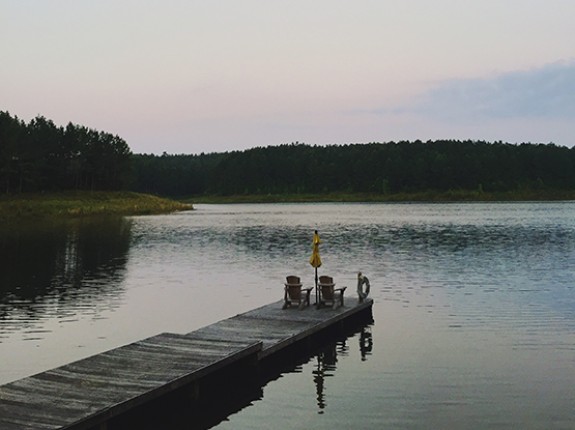 Erin: I’m with Stephen on this one. The morning time at Splinter Creek is magical. The fog, the light dew, the sunrise over the tree line of the first lake you come to, is truly breathtaking. 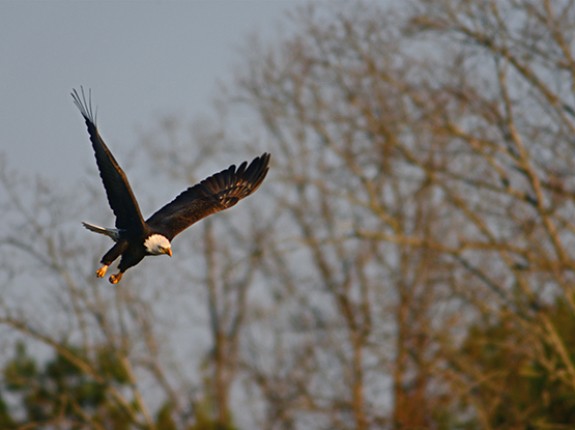 The list of Splinter Creek flora and fauna that Stephen has encountered includes bald eagles who live on the property.

What have you encountered while shooting there?

Stephen: The list is long, but a couple of standouts are bald eagles, devil’s urn (fungi), white-winged scoters (species of duck), cinnamon ferns, eastern tailed blue butterflies, beautiful fall sumac, and that elusive white turkey. There are also a few different turtle species, Canada geese that nest there, and an abundance of deer and wild turkey that call Splinter Creek home. 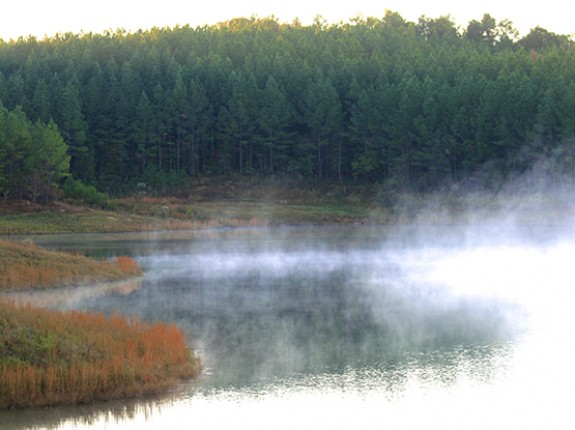 The quiet of Splinter Creek helps Erin be still.

Erin: Silence. Other than birds, there have been times when I heard nothing else. It allowed me to just sit, be still and just think. In this day and age, this feels like a hard time to find at times, but yet therapeutic. 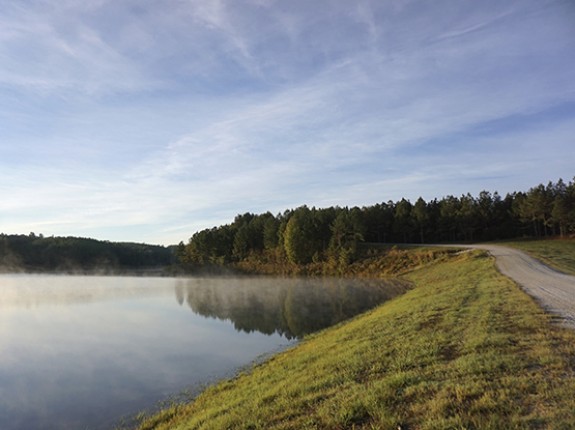 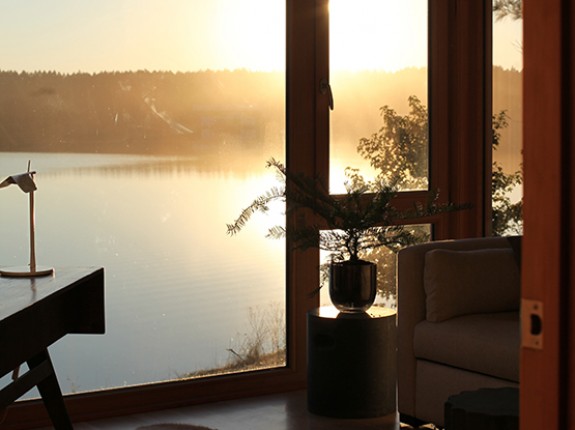 Another of Stephen's favorite shots by Erin is of the study in the Splinter Creek model house.

What Splinter Creek shots of each other’s do you like best?

Stephen: I think the images of the road and the lake is my favorite shot of Erin's. I like this shot because of the simple composition, clean lines, and the combined elements. I also like the ones of the study looking over the lake, in the model home. Again, clean lines, simplistic presentation, and natural light. This shot does a great job of communicating the minimalistic building style and connection with the outdoors that is the hallmark of Splinter Creek. 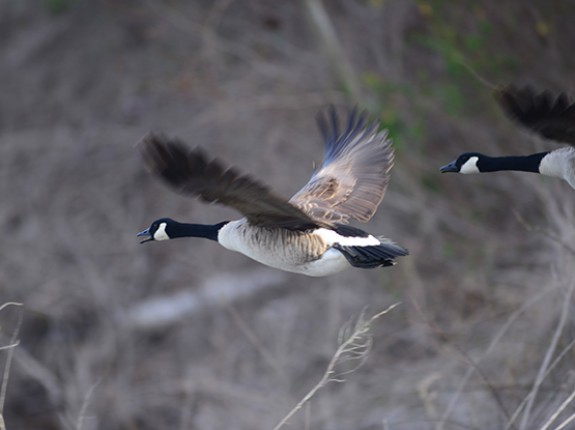 Erin is drawn to Stephen's images of geese and other birds of Splinter Creek.

Erin: I look at Stephen’s images and I can’t believe that he was able to capture so much remarkable wildlife at Splinter Creek. I know those animals are here, but I’m no less in awe of his abilities. I love his work and each image evokes that sense of place that I strive for in my own work. I’m especially drawn to his bird images. Capturing the geese, the ducks, etc… all part of the landscape at Splinter Creek.